Driving the King: A Novel (Paperback) 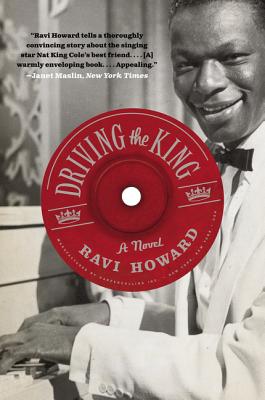 Driving the King: A Novel (Paperback)

An indelible portrait of prejudice and promise, friendship and loyalty, Driving the King is a daring novel that explores race and class in pre-Civil Rights America, played out in the lives of two remarkable men.

The war is over, the soldiers are returning, and Nat King Cole is back in his hometown of Montgomery, Alabama, for a rare performance. His childhood friend, Nat Weary, plans to propose to his sweetheart, and the singer will honor their moment with a special song. While the world has changed, segregated Jim Crow Montgomery remains the same. When a white man attacks Cole with a pipe, Weary leaps from the audience to defend him—an act that will lead to a ten-year prison sentence.

But the singer will not forget his friend and the sacrifice he made. Six months before Weary is released, he receives a remarkable offer: will he be Nat King Cole’s driver and bodyguard in L.A.? It is the promise of a new life removed from the terror, violence, and degradation of Jim Crow Alabama.

Weary discovers that, while Los Angeles is far different from the Deep South, it a place of discrimination, mistrust, and intolerance where a black man—even one as talented and popular as Nat King Cole—is not wholly welcome.

Ravi Howard won the Ernest J. Gaines Award for Literary Excellence for his novel Like Trees, Walking. He was also a finalist for the Hemingway Foundation/PEN Award. He has received fellowships and awards from the National Endowment for the Arts, Hurston/Wright Foundation, Bread Loaf Writers’ Conference, and the New Jersey Council on the Arts. As a sports producer with NFL Films, he won an Emmy for his work on Inside the NFL.

“A moving tale about bigotry and the power of friendship.” — People

“Excellent…moving….Weary is a marvelous character…. Readers who appreciate beautifully written, compelling novels with great depth and humanity will be more than pleased.” — Philadelphia Inquirer

“By following Howard’s characters, we are allowed a sidelong but penetrating glimpse into one of the most important events in American history…. Howard bends history…proving that the past can be best felt through refracted light rather than under the harsh glare of historical fact.” — Minneapolis Star Tribune

“In an easygoing style, with Weary as his guide, Howard pokes into under-viewed corners of the fight while never losing sight of the humanity of both the cause and its effects.” — Milwaukee Journal Sentinel

“Howard brings readers back in time to postwar Alabama, in this velvety smooth fictional memoir. . . . [His] prose goes down like the top-shelf whiskey that Weary favors, making for a heady reading experience.” — Publishers Weekly (starred review)

“Gifted novelist Howard...takes readers of all races, ages and classes into the world of pre-civil rights era black people, offering insight on and understanding of one of our country’s most tumultuous periods.” — BookPage

“Alternating between the cities and Weary’s past and present, Howard explores race relations in the pre-civil rights era and the strong ties forged between two extraordinary men.” — Booklist

“Powerful…. A personal, poignant portrayal of how the lives of African Americans could be so easily derailed by racial inequality.” — Library Journal (starred review)